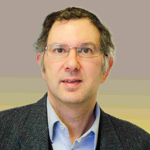 Laurent David Cohen was born in 1962. He was student at the Ecole Normale Superieure , rue d'Ulm in Paris, France from 1981 to 1985. He received the Master's and Ph.D. degrees in Applied Mathematics from University of Paris 6, France, in 1983 and 1986, respectively. He got the Habilitation à diriger des Recherches from University Paris 9 Dauphine in 1995.
From 1985 to 1987, he was member at the Computer Graphics and Image Processing group at Schlumberger Palo Alto Research, Palo Alto, California and Schlumberger Montrouge Research, Montrouge, France and remained consultant with Schlumberger afterwards. He began working with INRIA, France in 1988, mainly with the medical image understanding group EPIDAURE.
He obtained in 1990 a position of Research Scholar (Charge then Directeur de Recherche 1st class) with the French National Center for Scientific Research (CNRS) in the Applied Mathematics and Image Processing group at CEREMADE, Universite Paris Dauphine, Paris, France. His research interests and teaching at university are applications of Partial Differential Equations and variational methods to Image Processing and Computer Vision, like deformable models, minimal paths, geodesic curves, surface reconstruction, Image segmentation, registration and restoration.
For many years, he has been editorial member of the Journal of Mathematical Imaging and Vision, Medical Image Analysis and Machine Vision and Applications.
He was 2009 laureate of Grand Prix EADS de l'Academie des Sciences.
He was promoted IEEE Fellow 2010 for contributions to computer vision technology for medical imaging.

This site uses cookies to ensure its proper functioning. It also uses cookies from third party services to provide advanced functionality. At any time, you can choose which services you wish to activate or decide to withdraw your consent.
Customise accepted services
You are free to choose which services you wish to enable. By authorising these third party services, you agree to the deposit and reading of cookies and the use of tracking technologies necessary for their proper functioning. By withdrawing your consent for some of these services, some website features may no longer function.
Website navigation  Read more
The site writes a session cookie to enable it to function properly and to help with navigation. It cannot be deactivated.
Usage: 1 cookie, records the session identifier.
Time to live: The cookie is present during the entire session on the site. It becomes obsolete after 24 minutes of inactivity.
Mandatory
Media Popup
Display videos from Youtube or Dailymotion.
ReCaptcha  Read more
Allows to verify that visitors are humain while submitting forms.
Accept all Refuse all Manage Reload page